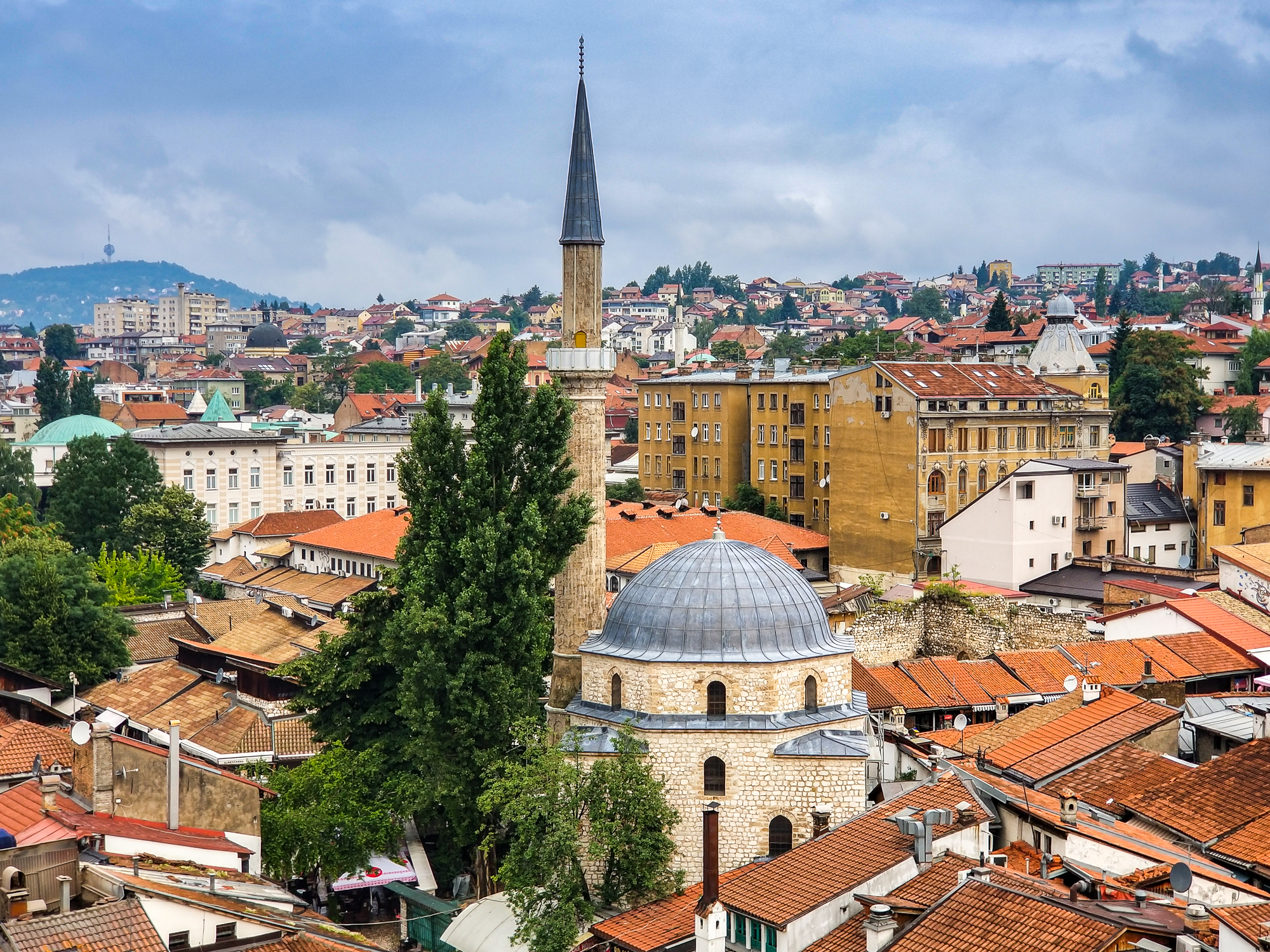 These are cell phone photographs of Bosnia taken during a road trip over three days in 2018. We drove from the tip of Bosnia on the Adriatic coast to the opposite side where Bosnia connects with Serbia in the northeast. We had to be in Belgrade by July 3rd, so we had limited time. As well, my camera had to travel with an equipment truck with a manifest so I only had my cell phone. The Bosnian countryside is one of the most beautiful that I have ever seen. I had done a little research on a route that would take us through a medieval walled city named Jayce where we would stop and eat and then head to Sarajevo. This was a long drive through unfamiliar territory. Through my research, it was also pretty clear that stopping and wandering off the road while traveling through forested areas was discouraged. It was not uncommon to see signs that warned of land mines.

The Drive to Jayce took a few hours. Starting on the coast we quickly rose in elevation and were soon driving through windy, forested roads with tall pines. We would pass small villages that would usually start with a few scattered, blown-out bunkers or houses. What is immediately clear is that this is a place of poverty and Bosnia has not recovered the same way Croatia has. It is remarkably beautiful and green with a river almost always next to every village. In the larger villages or towns, you would see the minarets of the local mosque before you saw the city.  Often on a hillside would be a new cemetery with bright white markers for the recent dead from the war.

Jajce – Inside the Walls of the City

Jajce is a medieval walled city in Bosnia that features a river and a waterfall that runs along the edge of the city. It is surrounded by hillsides and you can see a large fortress in the distance on top of a hill surrounded by houses. Inside the city is small, a few blocks in either direction. The plaza has a few restaurants and looking up you can see the village rise with the hillside. The outermost houses next to the wall rise high above the plaza. We ate at a small pizza place with a young server who spoke decent English. He said he taught himself English by watching Cartoon Network. He said he saw British people every now and then but never any Americans. He also said that there was not much outside tourism.

The only other interesting thing about this photo is that if you look towards the top you can see the top of the wall. This is how quickly the town elevates

We made it to the outskirts of Sarajevo in the late evening on a saturday evening and there were large groups of people headed towards what was obviously some sort of event. We later found out that it was a concert from a famous Serbian lesbian folk singer, Marija Šerifović.

Frontline – THE TRIAL OF RATKO MLADIĆ

The Spanish Jewish Synagogue in Sarajevo

Next to the Miljacka River and near the Franz Ferdinand Bridge is the Spanish Jewish Synagogue. The Synagogue is slightly over 100 years old and while less ornate than the Spanish Synagogue in Prague it is quite beautiful.

A 14th century orthodox church in the heart of downtown Sarajevo

This is a photograph of what is called a Sarajevo Rose. A Sarajevo Rose is an unexploded mortar shell that is embedded in asphalt or concrete. What ever holes were left by the damage are filled with a red colored resin. One cas see these in various places throughout Sarajevo.