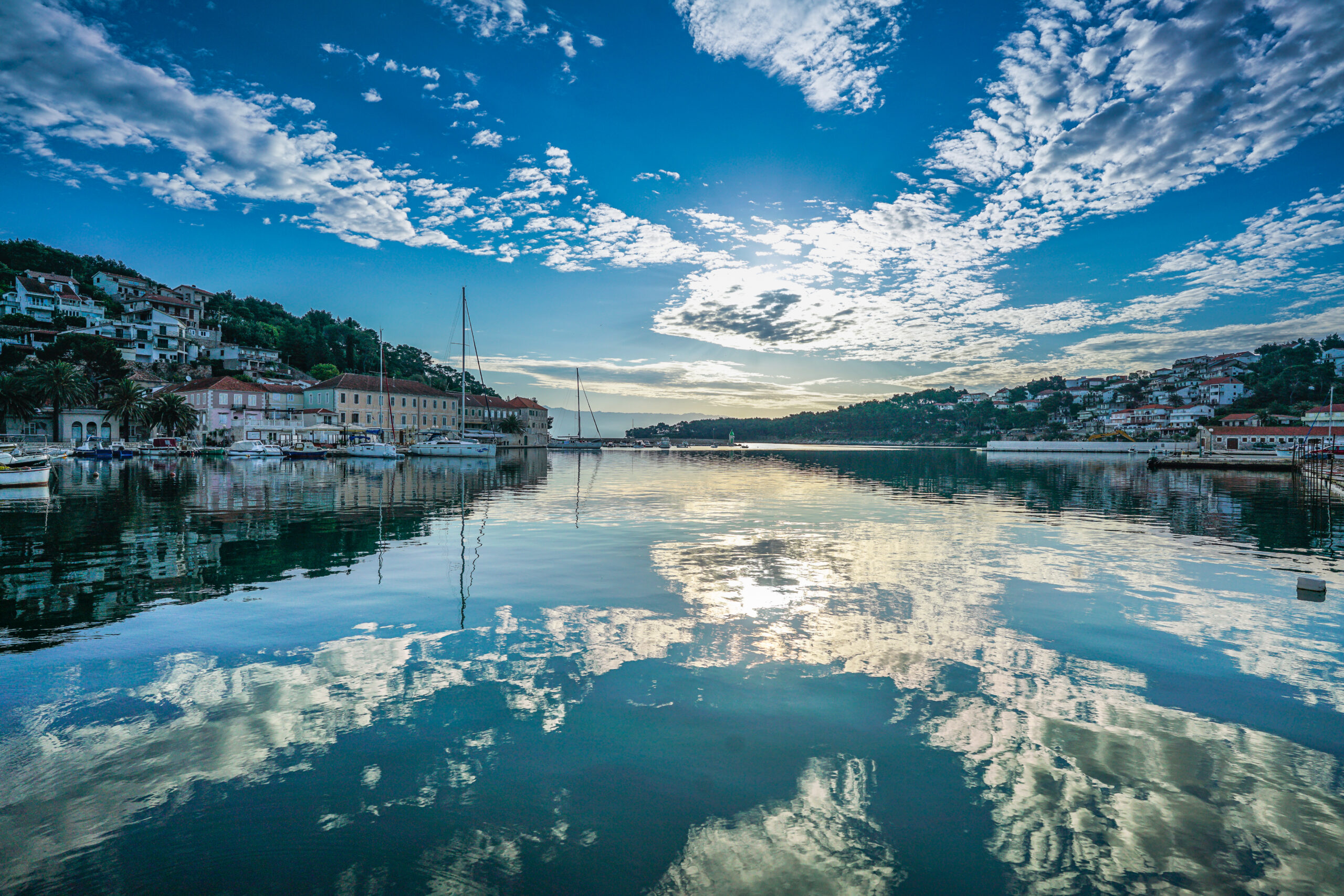 Documentary Photography on the Island of Hvar in Croatia

These documentary photographs were shot over several trips to the island of Hvar in Croatia.

The Ferry To Hvar

To get to Hvar (Pronounced Var) from Split, one travels by ferry across the Adriatic Sea for roughly an hour and a half. The trip is very inexpensive, and the ferries run through the day and into the night. They also tend to vary in quality, but they all have at least a full Kaffe Bar, which serves coffee, alcohol, and maybe some chips. Some have a slightly larger commissary-style market.

My first trip to the island was the day after arriving in Croatia, and I had to be on the ship by 7 am. I was still a little disoriented from travel but luckily avoided any real jet lag. The sea was calm, and the morning sky was absolutely beautiful. I was traveling with Matt, the producer, on the project. The entire trip takes roughly two hours.

First Day on the Island

It is hard to imagine the contrast between leaving the ship and waiting at the empty harbor to then actually seeing the island. We arrived at the filming location, which was about eight kilometers from the harbor. The location was a series of old houses, both occupied and unoccupied on a hill facing the western side of the Adriatic Sea. It was probably one of the most beautiful places that I had ever seen. Little did I know that over the next few months, I would see places that would startle you in their beauty.

We arrived at our hotel late at night. This was good as I was too tired to really care about my accommodations. The room was Soviet circa 1986, except for the television, which was Soviet somewhere in the mid-90s.

Stari Grad, Hvar is a town on the northern coast of the island that dates back to the 14th century. The architecture has a large Venetian influence having been ruled by the Venetian Empire.