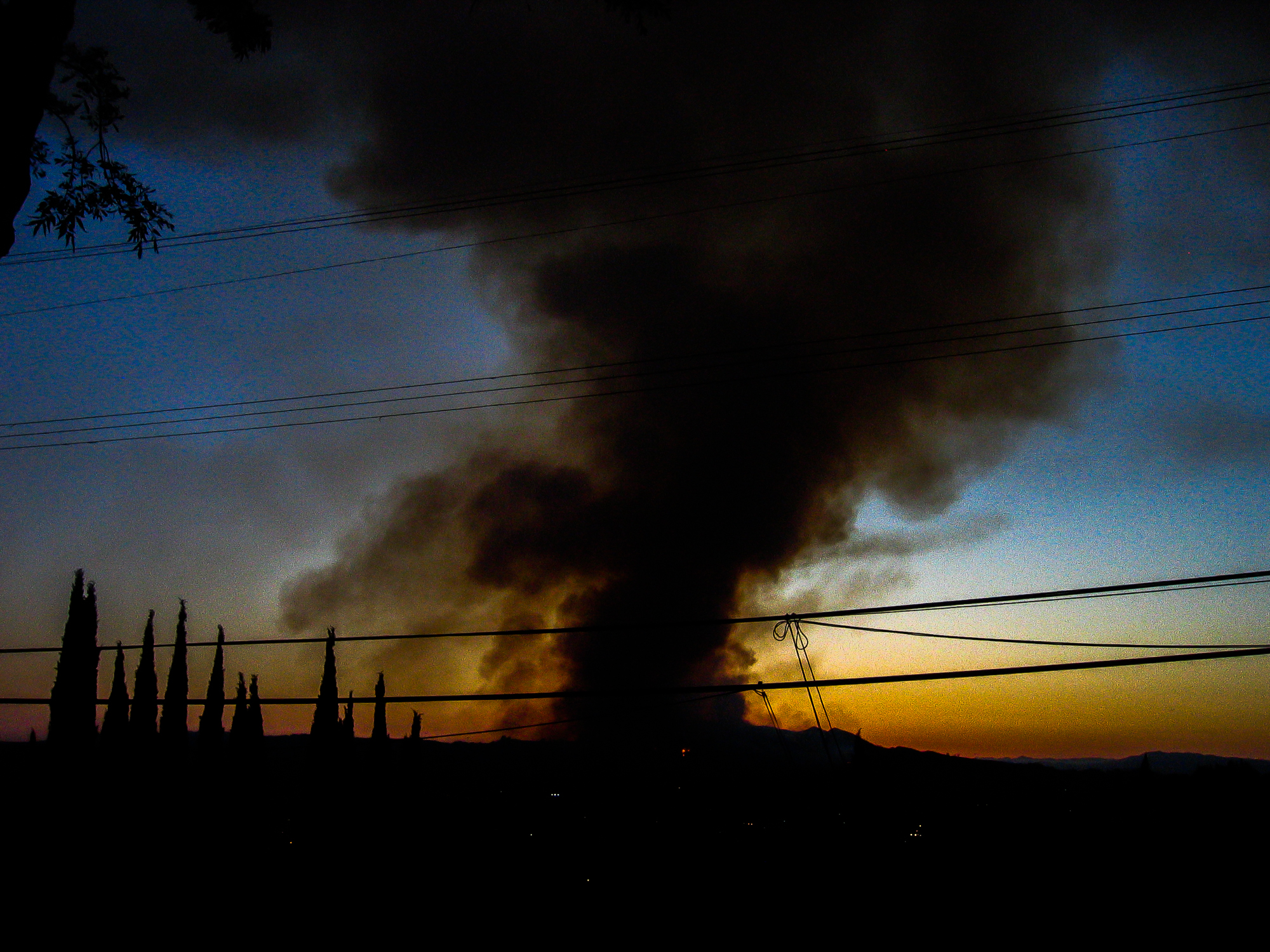 The Griffith Park Fire of 2007

These are photographs of the Griffith Park fire that happened on May 10, 2007. I was at my house in Glassell Park on the top of the hill when a friend came over and told me a fire had started in Griffith Park. There was a small fire visible, and I had grabbed my small Canon S3, my only digital camera at the time. While we were standing outside staring at what was at first an isolated smaller fire, we saw a palm tree explode. I had never seen anything really like it. Like a fireball launched from a catapult, it arced high into their and flew quite far, exploding again on impact into a shower of sparks. Very quickly, the hillside erupted in the large fire that I captured here.

We stood there for several hours as the sky darkened and watched the fire grow larger and larger. I had seen other fires in Griffith Park or within the hills of the city, but the sheer size of this fire within the middle of the city was a stark sight. Los Angeles Magazine has an interesting article looking at the fire that is worth reading.

I love the look and the how the images got recorded but I do wish that they were of a better resolution and shot in RAW. I am not sure why they are not RAW, as this camera was capable of it and I almost always shot this way. Regardless I do love these photos for what they are.